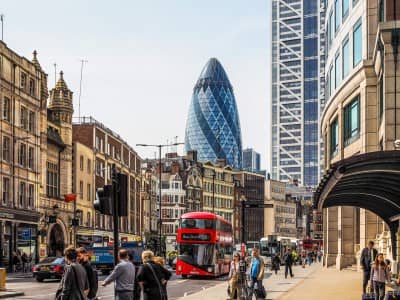 With the transformation of the docklands, huge investment put into Stratford and the rise in popularity of places like Hackney, the east end of London has become one of the best places to rent in the capital.

Below are some of the best picks from the area, giving you an insight into why east London should be at the top of your list when it comes to finding a place to rent.

Since being rebuilt in the early ‘90s, Canary Wharf has established itself at the centre of the finance sector in Europe. What was once a forgotten industrial wasteland has been revolutionised into one of the most sought after places to live in London.

Away from the gleaming glass and metal towers, there is no shortage of stunning properties and a thriving local community, supported by a seemingly ever-growing range of things to do. A host of new family homes have been introduced since the start of 2018, with thousands more in the pipeline. Many of the flats and apartments are modern in style, with the occasional period house revealing the rich history of the local area. The sheer number and variety of properties mean there is something to suit all rental budgets in Canary Wharf.

There’s plenty of fantastic restaurants to enjoy nearby and a number of shopping centres that encompass over 300 retail stores. A detailed arts programme runs throughout the year including events for film, music, theatre, fashion and dance, while Canada Square Park and Jubilee Park are just some of the green spaces locals can stretch their legs in.

Transport wise, it is easy to travel to and from Canary Wharf. The main Canary Wharf underground station runs on the Jubilee Line straight into the heart of the city, while nearby DLR stations include Canary Wharf and Prince Regent. Buses are not in short supply either, making it stress free to get to your destination. 2020 should also see the opening of the Canary Wharf Crossrail station once the Elizabeth line is opened.

Situated in the borough of Tower Hamlets, Limehouse was once a thriving docking area that stood at the centre of the capital’s import and export trade for decades. Much of that vintage old-school charm can still be felt in the local architecture which adds to the exclusivity of living in the district.

One of the main reasons why so many Londoners are eager to move here are the beautiful views of the Thames on offer. For example, the Limehouse Basin allows you to navigate all the way down from Regent’s Canal down to the River Thames, via the Basin Lock; an enclave filled with shops and exclusive homes overlooking the Thames.

There is an incredibly high standard of property in Limehouse, ranging from elegant riverside apartments to gorgeous warehouse conversions full of unique character. Nearby you’ll also find a handful of Georgian homes and over 2,000 new-build homes that were refurbished and constructed from the start of 2010. Despite being just a stone’s throw away from Canary Wharf, Limehouse is a cheaper alternative with rental costs coming in at approximately £300 less a week.

Boutique shops and established name brand retailers make up the local shopping opportunities, offering everything you need right on your doorstep. When it comes to transport, Limehouse station runs on the DLR, situated between Canary Wharf and Bank, while trains also run into Fenchurch Street for City workers.

The Isle of Dogs has always been distinctive enough by name but is now also recognised as being one of the best places to live in east London. The modern glass towers of Canary Wharf can be seen nearby, while in recent years a host of residential towers have emerged to transform the area.

The likes of Landmark Tower and Pan Peninsula overlook the historical docklands on the western side of the island, while the eastern half is home to parkland farms and retail outlets. In the middle you’ll find the many canals and channels that were once sat at the heart of the capital’s shipping trade.

With Canary Wharf only a stone’s throw away, locals are spoilt for choice when it comes to shopping. Aside from the large shopping centres, a smaller selection can also be found in West Indian Quay and South Quay. When it comes to food and drink you’ll find traditional and contemporary pubs and bars providing popular outdoor spaces, and a wide range of cuisines made available by the local restaurateurs.

There’s a good mixture of housing stock in the Isle of Dogs ranging from dockers’ cottages built in the ‘1920s, to Victorian terraces and a number of warehouse conversions. More affordable homes can also be found in older developments that were established in the ‘90s. This means there is something for all rental budgets.

By road there are only two roads going in and out of the area, but there is a good selection of DLR stations available, including South Quay, Crossharbour, Mudchute and Island Gardens, which connect locals to nearby Canary Wharf and the centre of the city.

In the mid-90s the modernisation of Hackney began in Shoreditch as creatives searched for low rent buildings to work in and the many disused warehouse spaces that were available proved ideal. It quickly became one of the trendiest places in London which attracted professionals and developers to capitalise on its newfound popularity.

This has continued across the rest of Hackney over the past 25 years, changing the borough’s entire image in the process. The ongoing regeneration has seen the area become a cultural centre thanks to the likes of the renovated Hackney Empire, a new library and Picturehouse cinema, as well as the arrival of countless new bars, cafes and restaurants and the opening of London's first ever luxury shopping outlet.

While there is no shortage of new-build developments constantly being planned and constructed, you’ll also find everything from Georgian and Victorian, to Edwardian and post-war properties available to rent on the market. Like Shoreditch, there are plenty of converted warehouses and mix-used developments are also on the rise. However, it is generally more affordable with rental costs coming in at £200 less a week.

Hackney has always been served well by transport links, with Hackney Central located on the Overground, along with Hackney Downs, Dalston Junction and London Fields. Buses are never in short supply and many offer direct routes into the centre of town.