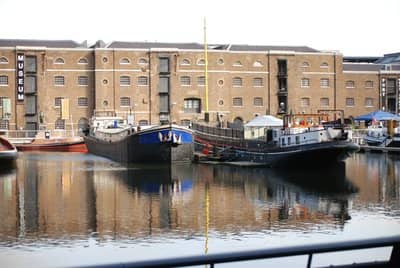 The Isle of Dogs was a sparsely populated area of marshland until a devastating flood in 1488 made it unfit for habitation. The area was drained in the 17th century and began to urbanise almost 200 years later. The Isle of Dogs established itself at the heart of the dock workers community until the trade fell into steep decline and eventually ceased to exist in the 1970s. Although its working-class roots are still prevalent today, the regeneration of the docklands area since the late-1980s mean its image has been transformed. Today the Isle of Dogs is closely linked to the thriving financial district in Canary Wharf, and is home to some of the capital’s best property, entertainment venues and transport links.

Properties on Isle of Dogs

In a recent list published in the Sunday Times, the Isle of Dogs was revealed as the most desirable place to live in London. While the transport connections play an important role in that, the thriving property market is also a key reason why buyers and renters want to live here.

Due to the regeneration that has taken place over the past few decades, property stock in the area is very much a mixture of old and new. For example, over in Poplar there is still a healthy selection of Victorian terraced houses, while large luxury schemes dominate the further towards Canary Wharf.

Limehouse is characterised by the period properties dating back to the Georgian and Victorian eras, while newly built flats and apartments sit side-by-side with warehouse conversions. This demonstrates the dockland’s history, as many of these buildings were once central to local trade.

Blackwall is largely known for the tunnel, but like the aforementioned districts, the housing stock is limited but has a strong selection of luxury apartments overlooking the Thames. It’s also slightly cheaper than nearby Canary Wharf.

The area immediately around Canary Wharf is much more modern in design, home to some of the most exclusive apartments and penthouses in the capital. Many of them offer stunning riverside views which is also reflected in the price. There are also a few remaining warehouses, with many converted into modern living spaces that attract local professionals working in the financial sector.

When it comes to house prices in the Isle of Dogs, on average you would expect to pay around £680,000 for a flat and approximately £830,000 for a house. However property prices are extremely broad, ranging anywhere between £300,000 to over £2 million.

To give you an idea of average property prices based on the amount of bedrooms, a one bedroom property in the area could cost as little as £300,000 or as much as £800,000. At the other end of the scale, a 5 bedroom property would set you back at least £1.2 million.

The average buying and renting price in the Isle of Dogs is quite high compared to some parts of London, but for those able to afford it, there is little that compares anywhere else in the capital.

There are still areas of the Isle of Dogs that are more akin to living in the country, with period cottages and areas of greenery giving a whole new perspective to the area.

A lot has changed over the past few decades in the Isle of Dogs and in general terms the cost of living is probably higher than some of the surrounding areas in East London. Access to amenities can also be an issue in certain parts.

The transformation of the local area over the past 30 years has also turned it into one of the London’s most popular entertainment haunts. The O2 arena plays host to some of the UK’s largest music and sports event throughout the year, complemented by a huge range of retail outlets and places to eat and drink close by.

There is also a healthy selection of restaurants and bars in the area, which thrives off the multicultural background that makes East London feel so vibrant.

Hundreds of retail outlets can be found in Canary Wharf’s many shopping districts, featuring everything from boutique shops to exclusive top name brands. That variety is also reflected in the bars and restaurants open for business there, which includes international cuisines served by well-known chains through to exclusive fine dining establishments.

There is a strong range of schools for parents to choose from in the Isle of Dogs, with Ofsted rating a growing number of them as ‘outstanding’ in their inspections. Halstow Primary, Millennium Primary and Tidemill Academy are three of the leading junior schools highly sought after. In terms of secondary’s, St Ursula’s Convent, Prendergast and St Paul’s Way Trust are three to have high on your list. Parents of older children heading into college should look out for St Thomas the Apostle College, Spa School and St Michael’s Catholic College.

As the Thames surrounds the Isle of Dogs on three sides, with various quays dotted about, green spaces are carefully positioned. The Sir John McDougal gardens sits on the west side on the bank of the river, with St. John’s Park situated on the other side. The two main parks to take note of are Mudchute Park – which also contains a city farm – and Millwall Park.

One of the main reasons why the Isle of Dogs is in such high demand in terms of buying and renting is its strong transport links.

The Docklands Light Railway dominates the transport network in the area, with local stations including the likes of Poplar, West India Quay, Mudchute, South Quay, Canary Wharf and Crossharbour. The speed is great with trains taking working professionals into the city in as little as 15 minutes.

The nearest London Underground station is Canary Wharf which sits on the Jubilee Line and offers a direct route into London Bridge (5 minutes), Waterloo (10 minutes) and Bond Street (15-20 minutes).

Anyone wanting to avoid public transport can use their bicycle to travel along the Thames Path National Trail and the National Cycle Network Route 1 which connects to the city. Alternatively, the Greenwich Foot Tunnel also enables you to get from one side of the Thames to the other.

Moving to the Isle of Dogs

At Proper Local, we love the Isle of Dogs. We are a leading estate agent in Canary Wharf and experts on property in E14. To find out more about renting or buying in the Isle of Dogs, give our team a call on 0203 282 3733. If you're a homeowner in the area and want to find out how much your home is worth, book a free Isle of Dogs House Valuation.