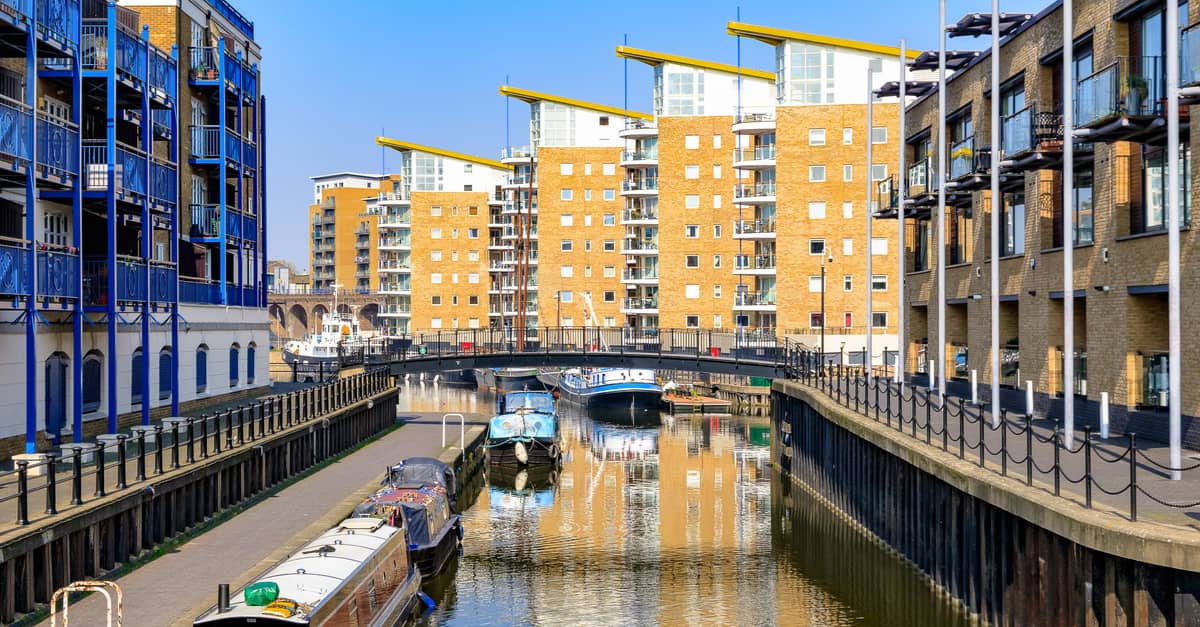 Limehouse was also an important port, especially in medieval times. It was synonymous with rope-making, ship supplies, and shipbuilding. Several seamen from overseas settled down in Limehouse, along with immigrants who were searching for work. The largest foreign communities at that time were Africans and the Chinese.

The Chinese ships brought opium with them, and in the late 19th century, several notorious opium dens had been established. There was also a Chinatown district, which was the first in London. These days, Limehouse is no longer a port, but instead, a thriving residential and business district.

Limehouse has a rich history, which can be seen in its plentiful period properties, dating from many different eras. Modern architecture is also represented, and you’ll find plenty of contemporary apartment blocks here, with some offering uninterrupted views of the Thames.

The area been extensively regenerated in the last few decades, and this has had notable impact on the market. Properties are sought-after in this area, and this is likely to continue, as further redevelopment projects have been scheduled for the future.

Georgian and Victorian townhouses are particularly prevalent in Limehouse. These homes can be found in locations such as Narrow Street, Bromley Street and Barnes Street. They’re particularly popular with families, thanks to their spacious dimensions, characterful features, and outdoor space. They’re usually refurbished to a high standard too, with several on the market requiring little or no improvement.

The converted warehouse homes are also desirable, though these are frequently sub-divided into more affordable apartments. They usually have impressive open-plan living areas, plus a wealth of period features such as exposed brickwork, beams, and original windows. These properties don’t come to the market as frequently, and tend to be purchased quickly when they do.

Many homebuyers want to make the most of the riverside location, and the apartments overlooking Limehouse Cut (the city’s oldest canal) are a good investment. Those searching for a prime view of the Thames should consider locations like Basin Approach or Narrow Street.

Limehouse has a good number of contemporary luxury homes. Noteworthy examples include the Ocean Estate, a large-scale redevelopment project under taken by the local council, and East Thames Consortium. This development has 819 homes, built across five sites.

Canary Gateway is another impressive modern development, with apartments in Bywater Square and Artisan Place. These properties offer the high-quality finish (and fixtures and fittings) that you’d expect, and some have communal amenities, such as a 24-hour concierge, parking, or gym facilities.

Limehouse’s property market is diverse, and prices vary considerably as a result. For example, a prime warehouse conversion with several bedrooms may cost £2 million upwards, and a good-sized modern three-bedroomed apartment is usually priced at around £600,000 to £700,000. Those looking for something ultra-affordable should be able to find a one-bedroomed flat for around £350,000 to £450,000.

Rental prices are also variable. A stylish, generously sized apartment is likely to be £1000 a week upwards, but tenants can also find a one-bedroomed flat for around £300 a week. On average, expect to pay around £400.

Average rental rates in Limehouse are lower than the London average, making this an appealing option for tenants searching for somewhere cost-effective to live. Once considered a run-down area, it’s been significantly improved, and has good local amenities for its residents.

The station is in Zone 2, which means it’s less expensive to commute to Central London than other areas that are further out. Its proximity to Canary Wharf means that many people cycle or walk to work, which again, keeps costs down.

One of Limehouse’s major draws is the range of entertainment and culture on offer. There are some excellent pubs in the area, such as The Grapes, and Bootys on Narrow Street. Likewise, many of the restaurants and bars come highly recommended.

The Museum of London Docklands is a popular attraction, and a little bit further afield you’ll find the O2 Arena, which hosts some of the world’s best music and sports events. There are plenty of retailers operating in and around Limehouse; from independent boutique shops, to well-known high street stores.

Limehouse has some excellent schools, which is partly why it’s so favoured by families. St Paul’s Way Trust School was awarded ‘outstanding’ at its most recent Ofsted inspection, and regularly achieves results that are higher than the national average. Bishop Challoner Girl’s School is another top performer with a formidable reputation, as is Sir John Cass Foundation and Redcoat Church of England Secondary School.

Although Limehouse feels like a residential, urban area, there’s a surprising amount of natural greenery nearby. The larger open spaces, such as Regent’s Canal, the Limehouse Cut and Mile End Park, are ideal for dog-walkers and joggers alike, and there are also some attractive smaller parks too.

When looking for some relaxation, residents tend to head to the river, to take in the scenery or have a stroll along the Thames Path.

Limehouse has excellent transport links into Central London. Its station is part of the Docklands Light Railway, and takes travellers to Canary Wharf in a matter of minutes. Likewise, Central London can be reached in around quarter of an hour.

There are also several tube stations close by (such as Canary Wharf), and bus services to Poplar or Canary Wharf, or towards Aldgate or Wapping.

Proper Local have been operating in and around Limehouse for many years, and are experts when it comes to buying, renting and selling property in the region. To discover more about our services, get in touch today by calling 0203 282 3733.

If you're a homeowner in the area and want to find out how much your home is worth, book a free Limehouse House Valuation. For Landlords looking to capitalise on the Limehouse rental market, we also offer free Limehouse Rental Valuations.